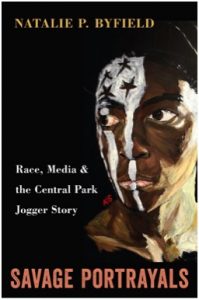 This project studies the role of science and technology in violent racial oppression by the state through an examination of the role of algorithmic and surveillance technologies in the police investigatory-stop program known as Stop, Question, and Frisk as it was practiced in two boroughs in New York City—Brooklyn and Queens. Brooklyn holds the largest concentration of native-born blacks and black-Caribbean immigrants in the city. Queens is the city’s most diverse borough with large numbers of Latin American and Asian immigrants of varied backgrounds. The study examines the relationship of technologically-driven racialized state surveillance to the social construction of racial categories; the role of science in racialized state violence; the similarity or difference between this type of scientific enterprise in policing and traditional “race science;” the effects of Stop and Frisk, as it was practiced, on contemporary constructions of race in New York City; and the implications of all this on ideas about inclusion, democracy, and totalitarianism in the U.S. (Prospectus submitted. Four chapters are drafted.)

Byfield, N.P., Controlling Race in the Public Sphere: Collaboration between the State and Media Capitalists

Building on the propaganda model developed by Herman and Chomsky in the late 1980s which articulated the collaboration between the state and media capitalists in the foreign policy arena, this book studies this collaboration domestically via an examination of traditional news media and social media to interrogate the contemporary collaboration between state and media capitalists in the construction of blackness globally as the society transitions to a digitally-based foundation.